The new Spy x Family anime is powering through its episodes and I have loved every bit of it. The show is just so wholesome, lighthearted, and adorable that it’s hard not to like it. They also do a great job at adding comedic moments that aren’t just tailored to a single audience but just a casual watcher would even enjoy it.

With all the popularity the show has gained since its release, there have been a ton of new Spy x Family merchandise released and some of them are just so cute! The cutest of all the merchandise will have to be all of the merch that involves little Anya. The Anya figures are among some of the most adorable figures, and some even come with her little stuff chimera you see in the show. Take a look below for some of my favorite Spy x Family Anya Forger figures.

Out of all of the Anya figures, the new Nendoroid Anya figure is definitely my favorite. This figure is definitely not the biggest figure, coming in at just a little under 4 inches tall but this figure is for sure the cutest. I just love all of the different face plates that come with the figure giving you the ability to just use Anya’s standard face, surprised face, smug face, and cheerful smiling face. It even comes with her stuffed toy Mr. Chimera so you could create all kinds of different poses from your favorite scenes from the anime. You can find this figure currently available for pre-order at the Crunchyroll store, as well as the Japanese store AmiAmi. 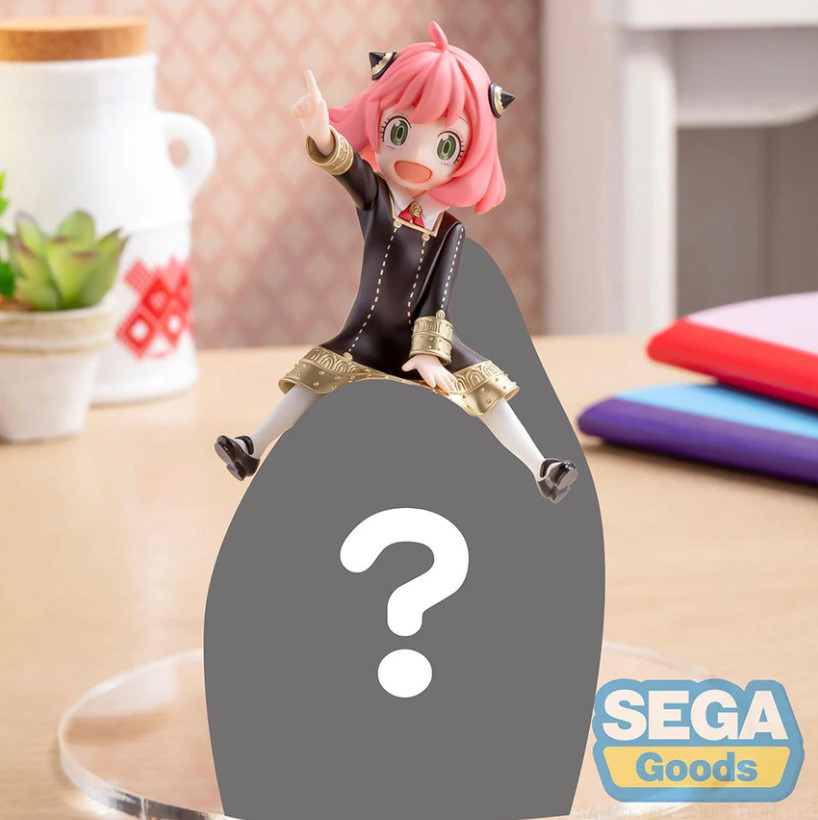 Here is an interesting one for y’all, this Anya figure pre-order has a surprise component to it. The Anya figure looks super adorable, but we don’t know what she is sitting on. This is definitely an interesting release and I am looking forward to seeing what the final product looks like. If you are into surprises and love Anya this might be worth taking a look at. You can currently pre-order it at the Crunchyroll store up to July 16th, with an estimated ship date of April 2023. 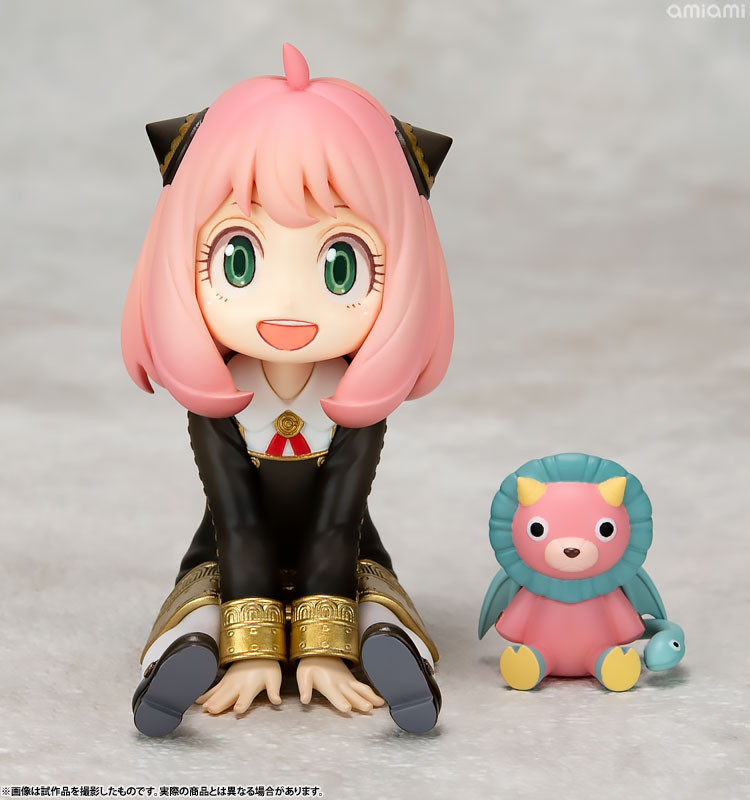 This is an Anya figure that is by MegaHouse and is a set of two with Anya and her little Chimera plush. This figure is super adorable and comes in at almost 2.5-inches, and her little Chimera plush comes in at less than 1-inch tall. The pre-order for this figure is already closed at the Crunchyroll store, but you could find it over at the Japanese website AmiAmi still available for pre-order with the expected release date of Sept 2022. 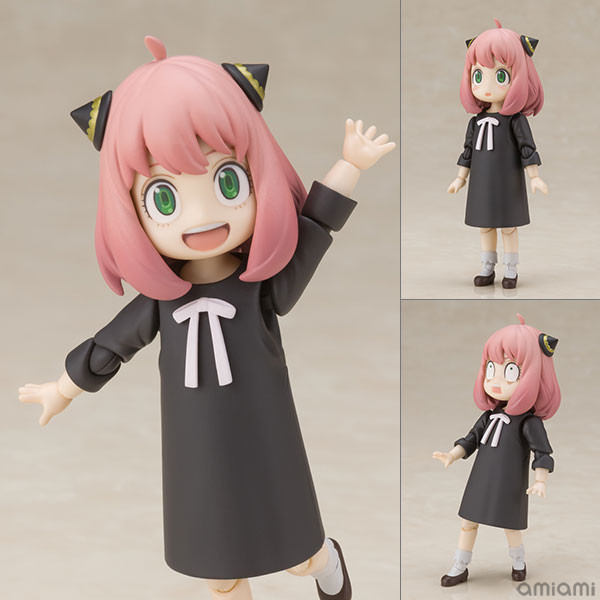 This Anya figure is by Bandai and I just love it because of all the different expression parts and different arms that complement those expressions. My favorite expression is the “heh” face and I am not alone there, that face has become a fan favorite. I honestly thought this figure would be a bit bigger but it comes in at a little bit over 3 inches. This figure was available for pre-order at AmiAmi, but that pre-order appears to be closed already. You can still find it over at the Crunchyroll Store though with an estimated release date of February 2023. 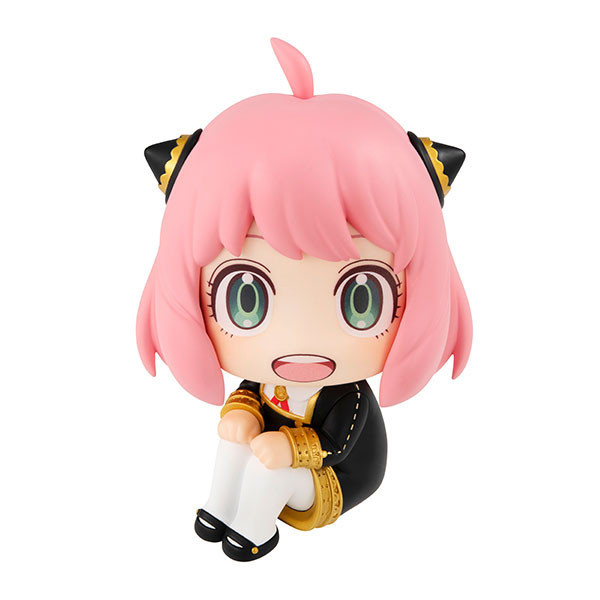 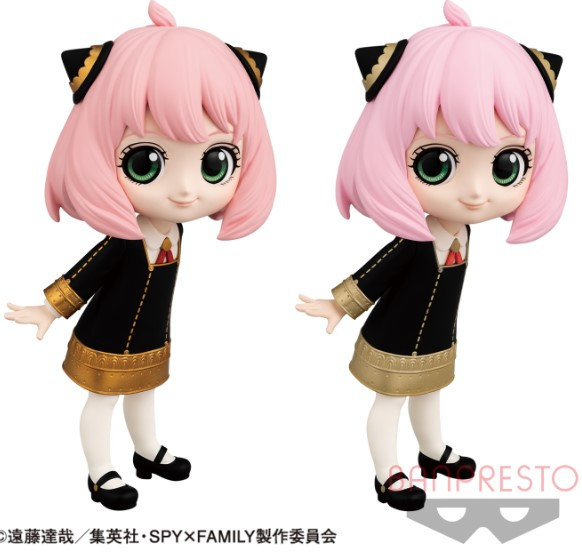 Banpresto released two different versions of their Anya Q Posket figure which comes in at about 5 inches tall. The two different versions are identical except for the color. You can find both versions of this figure over at the Japanese store Aitai Kuji and you could also find at least one of the versions over at Gamestop. It does appear that GameStop has it for pre-order with the expected release of Sept 2022 and Aitai Kuji already has it available. 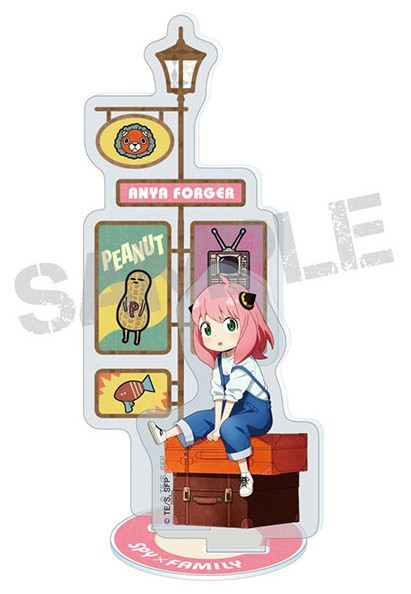 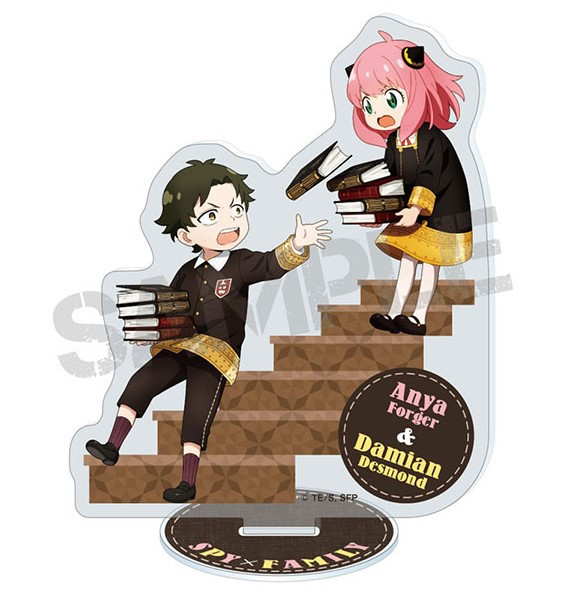 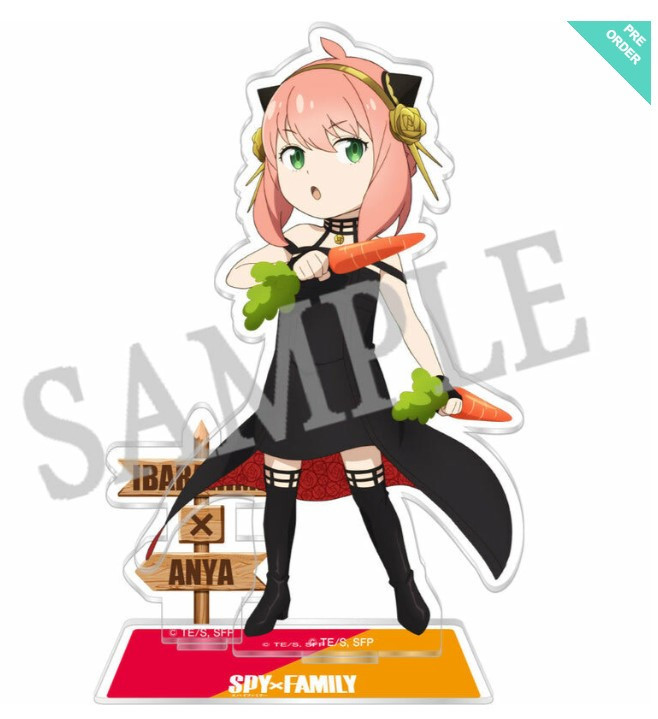 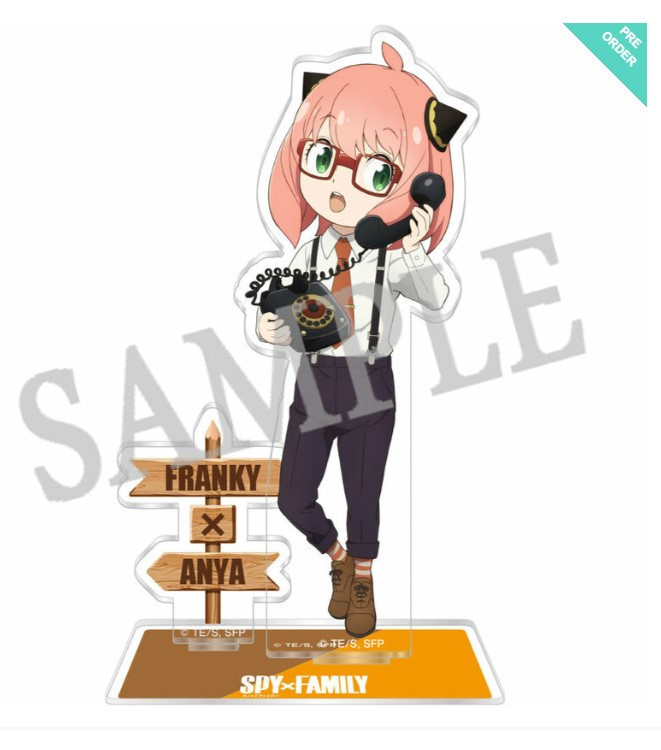 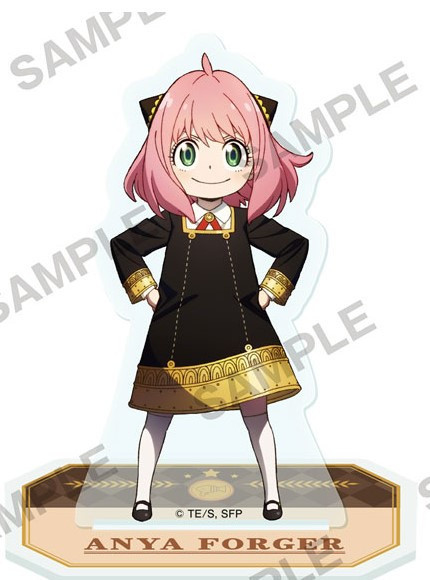 Acrylic stands have been all of the hype lately and boy do they have some adorable ones for Anya. I love these things because they look super awesome, and they are fairly inexpensive as well. AmiAmi has quite a few acrylic stands of Anya and there is even one with Anya & Damian Desmond which is just too cute. Over at the Japanese store Aitai Kuji you could find a couple of acrylic stands from IG port. Over at the Crunchyroll store, you could find a couple of Anya stands by herself as well as a couple of adorable stands of the entire family as well but those pre-orders are about to close so I’d just check there every so often to see if they have anything new.

Well, that is all I have for you guys, for now, If I come across more adorable Anya figures I will definitely those added to this post. I am sure as the show goes on and continues to gain popularity we are going to see plenty of new Anya figures get released. Spy x Family is currently on their short break but will be returning soon in October.

If you want to check out some awesome Anime fanart follow me on Instagram @Yoshiko_arts to see my latest work and check out the Yoshiko Arts Shop for prints and stickers that I currently have available! Thank you all for your support!